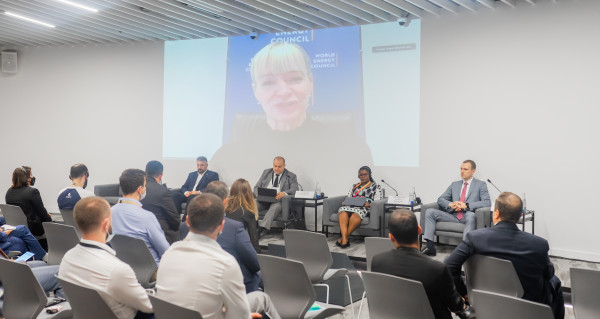 Within the framework of the World exhibition EXPO 2020 in Dubai there were held a field session of the Eastern Economic Forum on «Development of Energy Infrastructure in Remote Areas Using Distributed Generation and Renewable Energy Technologies: the Investment Potential of the Far East and the Arctic». The event was organized by the Far East and Arctic Development Corporation jointly with the Distributed Power Generation Association and the All-Russia public organization Business Russia with the support of the Ministry for the Development of the Russian Far East and the Roscongress Foundation.

The event brought together more than three hundred experts from all over the world, including the representatives of governments, major energy companies, financial and investment structures, and development institutions.

In her opening speech Angela Wilkinson, Secretary General and CEO of the World Energy Council (WEC), highlighted a particular role of distributed generation in achieving the Sustainable Development Goal 7 to ensure universal access to affordable, reliable, sustainable, and modern energy for all.

In her words, a significant part of our planet is not provided with centralized power supply, which necessitates the use of local energy sources. Such regions primarily include the Nordic countries such as Russia, the United States of America, Canada, Denmark, and many island states such as Indonesia, the Philippines, the Caribbean, and Oceania. Besides, many developing countries are characterized by a low density of energy infrastructure, the development of which is limited by the capacity of their economies. In such conditions, the only way to provide consumers with affordable and clean energy is the development of distributed generation.

«The Russian Federation has an enormous potential and implements a consistent policy for the development of distributed generation in remote and isolated areas of the Far East and the Arctic. The introduction of advanced technologies, primarily based on renewable energy sources, will significantly reduce harmful emissions into the atmosphere and accelerate the global energy transition,» Angela Wilkinson noted.

The session was moderated by Maksim Zagornov, President of the Distributed Power Generation Association, Business Ambassador of Business Russia to the United Arab Emirates. In his opinion, the implementation of investment projects aimed at developing local energy infrastructure requires close cooperation between business entities and the state. To realize the potential of the Far East and the Arctic regions in the development of distributed generation the consolidation of international experience and the engagement of foreign partners is required, including ones from the United Arab Emirates, for the investment projects implementation on the territory of macro-region.

«Lifting administrative barriers for business and guaranteeing return on investment in distributed generation projects by the state will open up a huge market of the Far East and the Arctic for private investors from all over the world,» — Maksim Zagornov said.

Clay Koplin, the mayor of the American city of Cordova (Alaska), spoke about their unique isolated energy supply system implemented based on the renewable energy sources. The use of carbon-free technologies does not harm the environment and creates conditions for comfortable living in remote areas.

«We are interested in exchanging experience with municipalities in different countries and are very pleased that in the Russian Federation considerable attention is paid to the development of micro-energy systems in remote areas,» Clay Koplin said.

By the Decree of the President of the Russian Federation of 2018, one of the strategic objectives of the development of our country for the period up to 2024 is guaranteed provision of affordable electricity, including through the development of distributed generation in remote and isolated areas, which are mostly located in the Far East and the Arctic. As part of this work, FEADC actively implements the world's best practices for attracting private investment in the development of local energy infrastructure, including based on renewable energy sources, and ensures the interaction of all parties in the execution of investment projects.

«Russia is taking over the baton from the United Arab Emirates for hosting the World Energy Congress which will be held in St. Petersburg in 2022. In preparation for the congress, we jointly with the Russian National Committee of the World Energy Council and the Distributed Power Generation Association initiated international scientific research of the impact of local energy facilities on climate change. We invite all interested countries and companies to engage in this work,» Vasily Potemkin concluded.

The 25th World Energy Congress will take place from 24-27 October 2022 in St Petersburg. It is the main global event of the World Energy Council and an authoritative platform for discussing all aspects of the international energy agenda. The Congress brings together top officials of the world's largest energy companies, international leaders of the energy sector, heads of ministries and departments, experts and scientists, heads of public and intergovernmental organizations, representatives of the business sector and the world media. Angela Wilkinson, Secretary General and CEO of the WEC, will attend the 25th World Energy Congress. The event is co-organized by the WEC and the Roscongress Foundation.

Record of the online session:

The Eastern Economic Forum is held annually to promote the accelerated development of the economy of the Far East and expand international cooperation in the Asia-Pacific region in accordance with the decree of the President of Russia Vladimir Putin No. 250 of May 19, 2015.

The Eastern Economic Forum 2021 was held on September 2-4 in Vladivostok. The Forum venue is the Far Eastern Federal University (FEFU) campus on Russky Island.

The Roscongress Foundation — is a socially oriented non-financial development institution, the largest organizer of international conventions, exhibitions, business, social, sports and cultural events, created in accordance with the decision of the President of the Russian Federation.

The foundation was established in 2007 with the aim to promote the development of economic potential, national interests and strengthen the image of Russia. The foundation comprehensively studies, analyzes, forms and covers issues of the Russian and global economic agenda. Provides administration and facilitates the promotion of business projects and attraction of investments, promotes the development of social entrepreneurship and charitable projects.

Foundations events bring together participants from 208 countries and territories, more than 15,000 media representatives work annually at Roscongress sites, more than 5,000 experts in Russia and abroad are involved in analytical and expert work. There were established interaction with 160 external economic partners, associations of industrialists and entrepreneurs, financial, trade and business associations in 75 countries of the world. 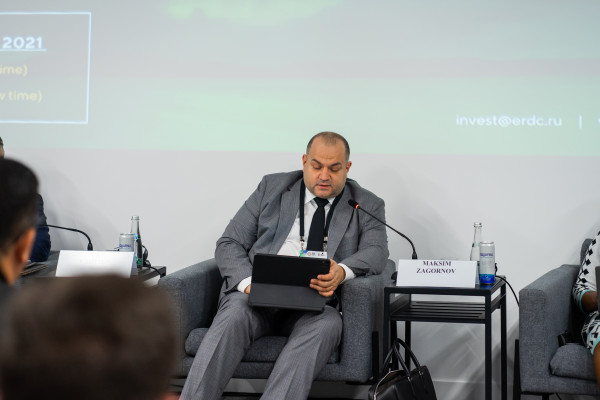 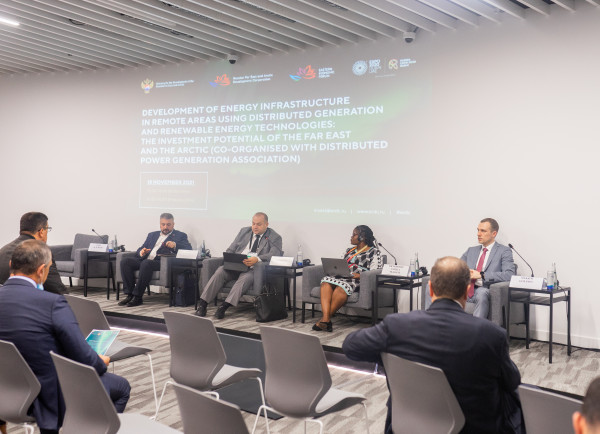 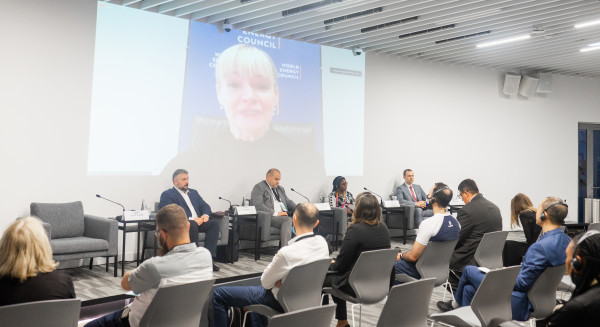 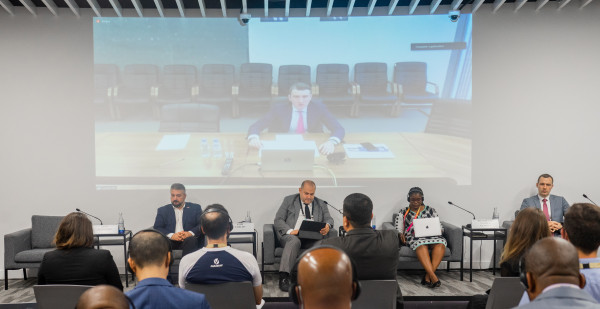 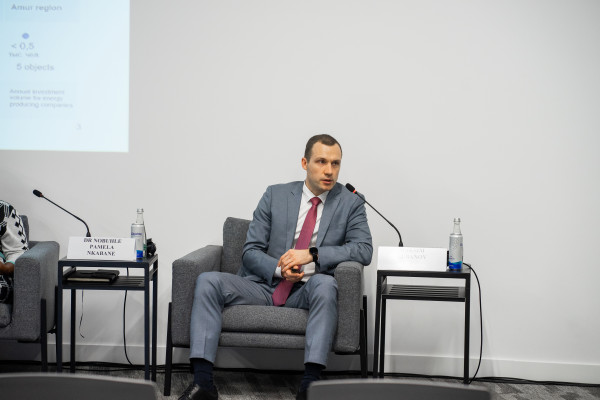 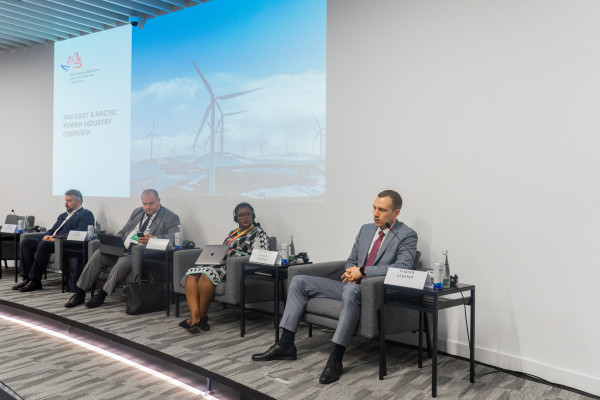 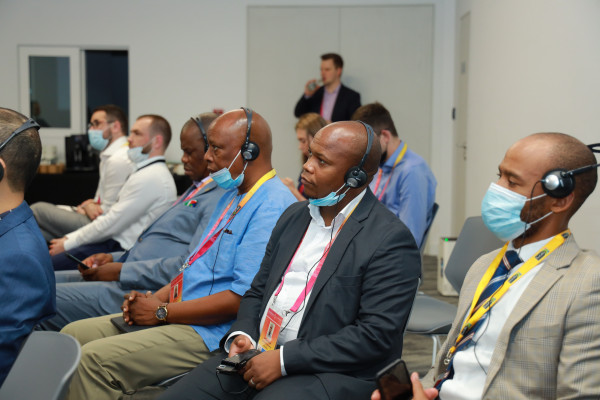 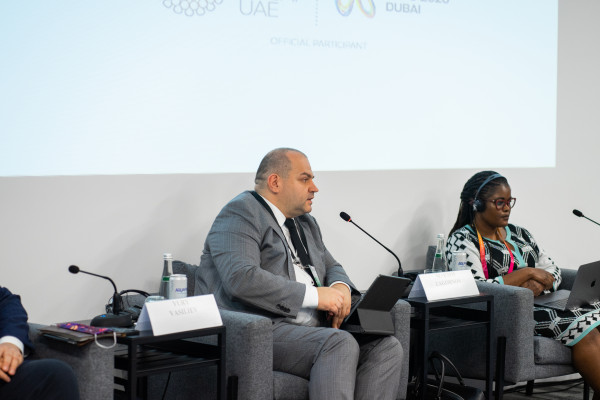 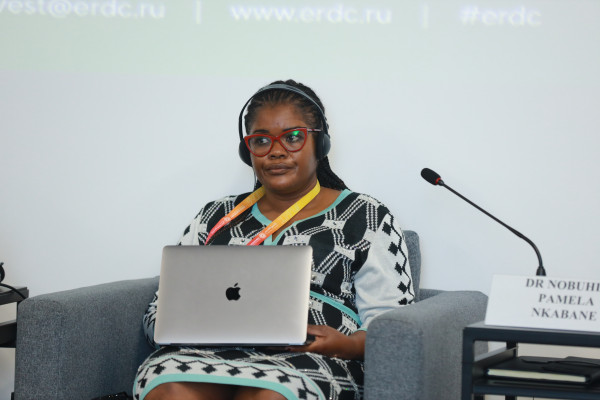 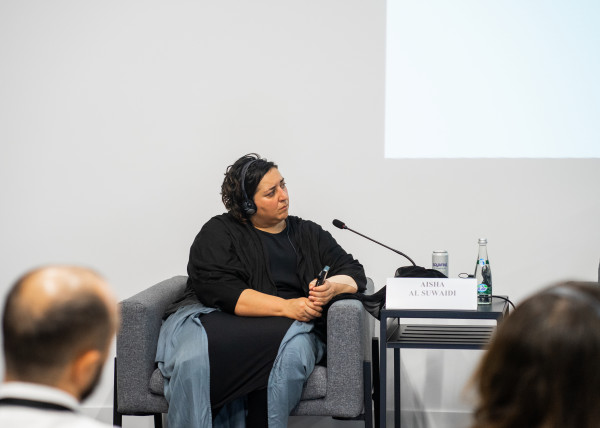 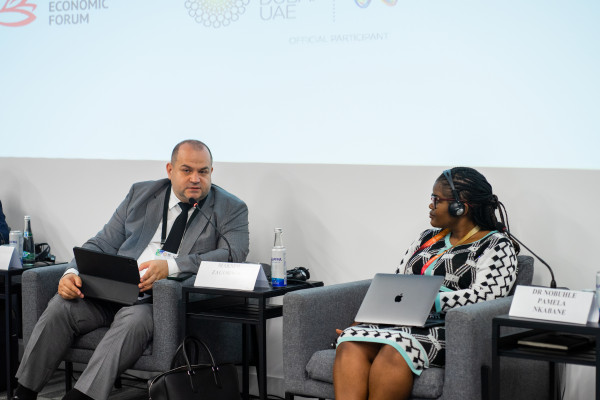 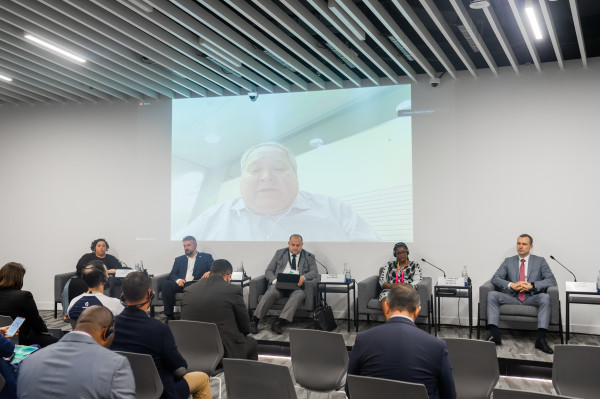 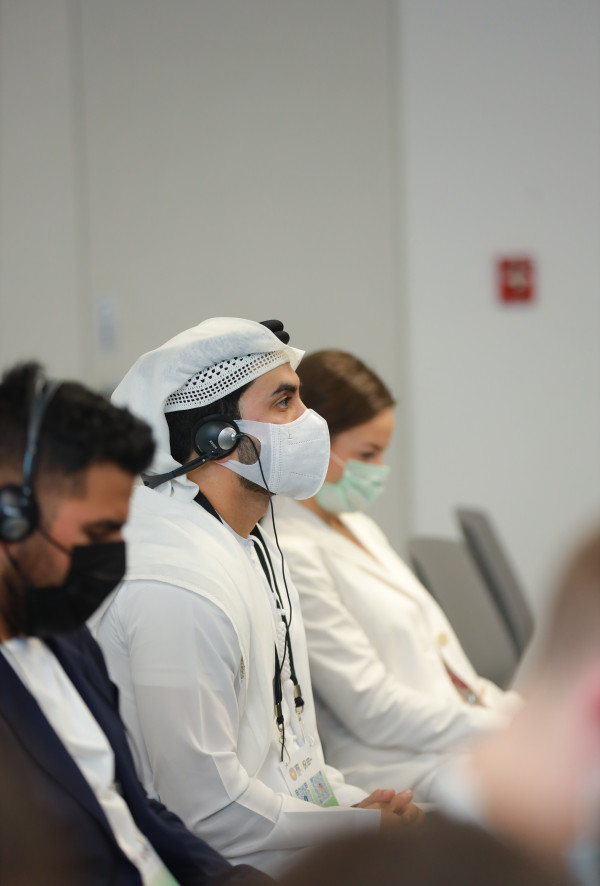 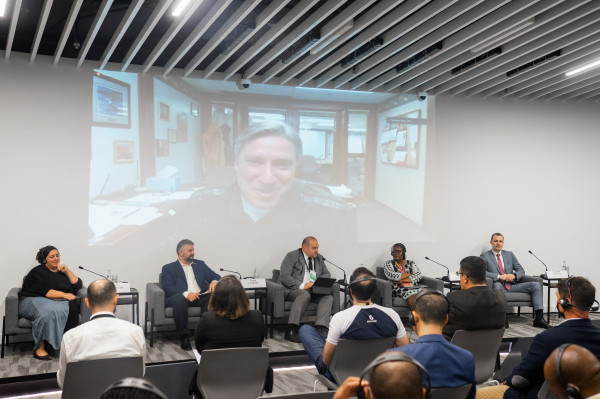 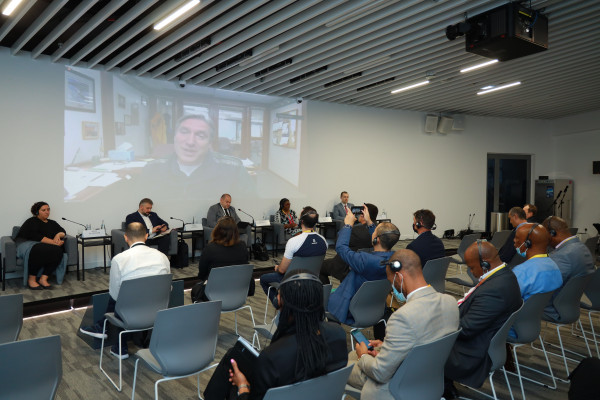 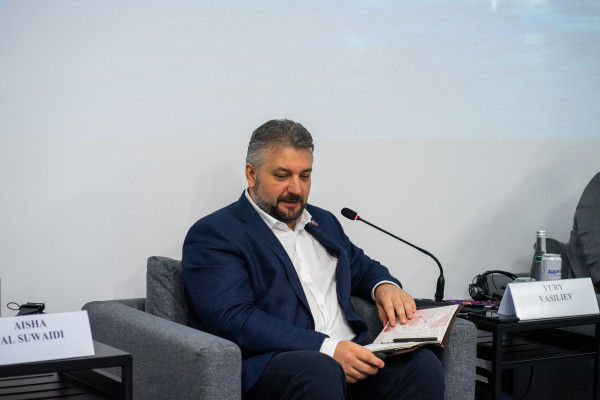 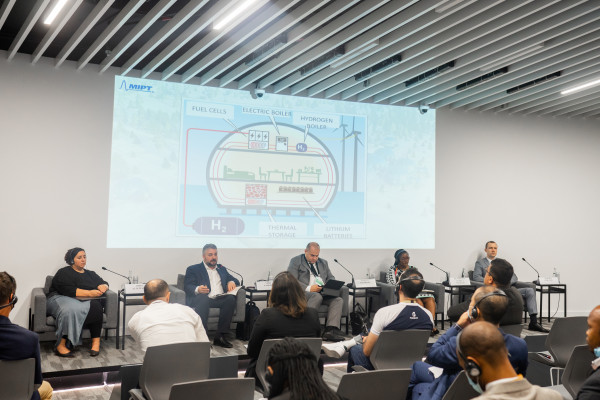 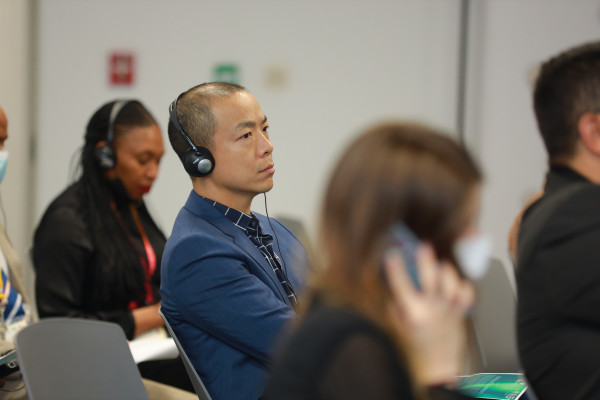 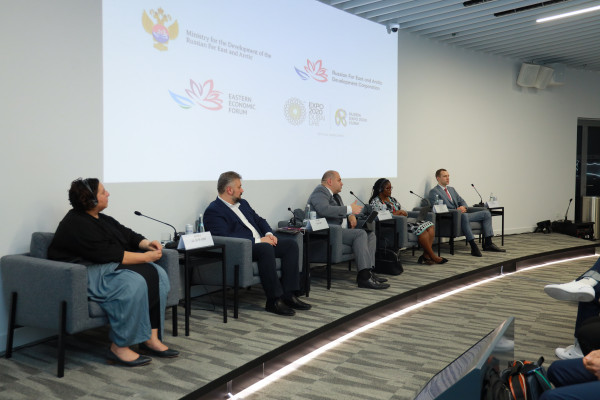 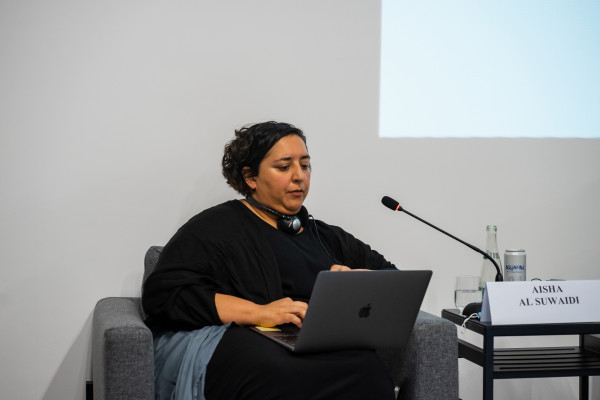