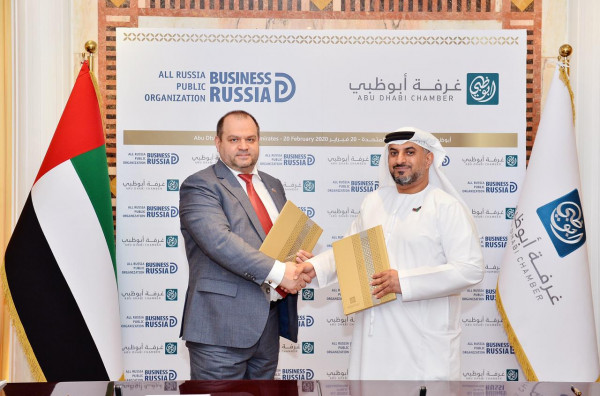 On February 20, the Memorandum of Cooperation between the all-Russian public organization Business Russia and the Abu Dhabi Chamber of Commerce and Industry was signed in the capital of the United Arab Emirates. The document, which opens a new round of Russian-Emirates cooperation, was signed by the «Business Russia» Ambassador in the UAE Maksim Zagornov and the Director General of Abu Dhabi CCI H.E. Mohammed Helal Al Mheiri.

According to the Memorandum, the parties will contribute to strengthening economic, scientific, technical and investment cooperation, exchange business missions, and also support entrepreneurs in finding partners in both countries.

The signed Memorandum of Understanding opens the doors of the «Business Russia» companies to one of the richest Emirates of the UAE. It should be noted that Abu Dhabi is the industrial and trade center of the United Arab Emirates: its contribution to the country's GDP is approaching 60%. This Emirate accounts for about two-thirds of the UAE's economy with a total of about $ 400 billion. Abu Dhabi is home to local and federal government agencies, as well as the residence of the government of the United Arab Emirates and the Supreme Oil Council.

As the «Business Russia» Ambassador in the UAE Maksim Zagornov noted, one of the strategic goals of this Memorandum is to strengthen the presence of the Russian companies in the market of the United Arab Emirates.

«The «Business Russia» companies are interested in strengthening their position in the United Arab Emirates' market» said Maksim Zagornov. «Russian business is ready to invest in creation of new industrial bodies in such areas as energy, agriculture, processing industry. At the same time, we see a great interest of the Arab business in Russian technologies and opportunities, their focus on mutually beneficial partnership».

Maksim Zagornov also noted that the «Business Russia», which unites over 3,000 high-tech, fast-growing companies of the non-oil sector of economy with a total annual revenue of 30 billion dollars, a total investment of 23 billion dollars, has great potential in the development of export projects in the UAE. At the moment, «Business Russia» has strategic tasks to strengthen cooperation with the Chambers of Commerce and Industry of the various Emirates of the UAE, to support Russian investors and to expand the trade and economic delegations exchange between the two countries.

The Director General of Abu Dhabi Chamber of Commerce and Industry H.E. Mohammed Helal Al Mheiri, noted that the last year of the Russian-Emirates relations had been marked by an active increase in trade, and the Russian President Vladimir Putin's visit in October 2019 as together with the numerous agreements signed had opened the door for investors in both countries. The Director General of the Abu Dhabi CCI noted that the most important areas of cooperation between Russia and the UAE are currently found in the sectors of industry, agriculture, transport and tourism. He also expressed his hope that the signed Memorandum will contribute to the intensification of cooperation between Abu Dhabi and the «Business Russia» companies and will benefit the economies of both countries. 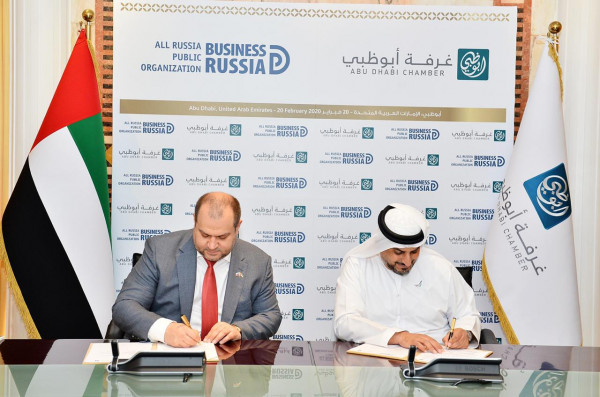 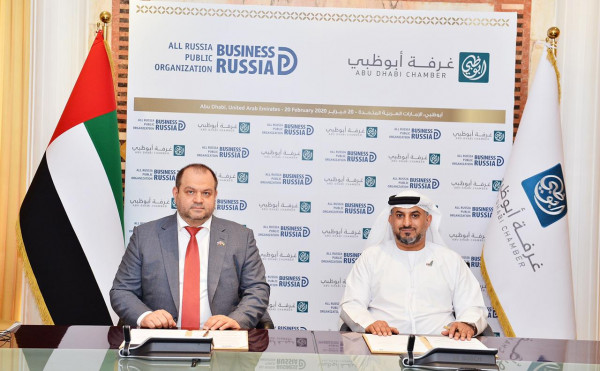 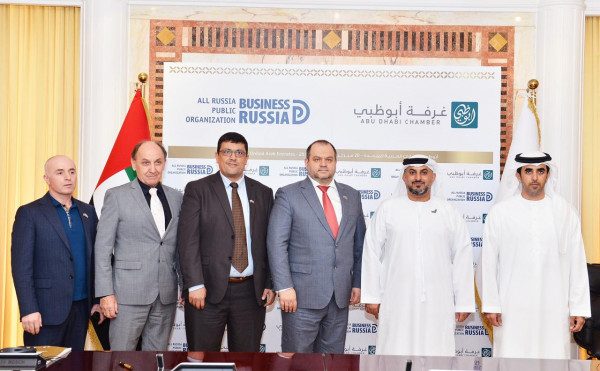